The camera captures the senses of the moment to replicate in the virtual space.

How do we capture senses such as warmth of the gleaming intensity on our skin
when photos fail to do so?

Pictures allow us to capture the moment we want to remember. They give visual clues, however, it is not the only visible thing we want to capture. Sound, breeze, temperature, and sunlight, there are a lot of senses we can’t capture from the camera.

The project started with the question of “what if we can record those senses and bring them back?” In this project, a person presses the shutter of a camera to record the environmental data. Brightness, sound, temperature, and humidity are captured and sent to the server, procedurally generating virtual scene in Unreal Engine based on a predetermined design system. After a week of photos, a virtual darkroom overlooking an environment opens up in the person’s computer. This place functions as the medium for one to turn invisible data into the visible by picking up “photos” one took. Once picked up, the virtual environment will transform into a state informed by the sensor readings and play the associated audio, presenting how the design system recorded that moment of memory. 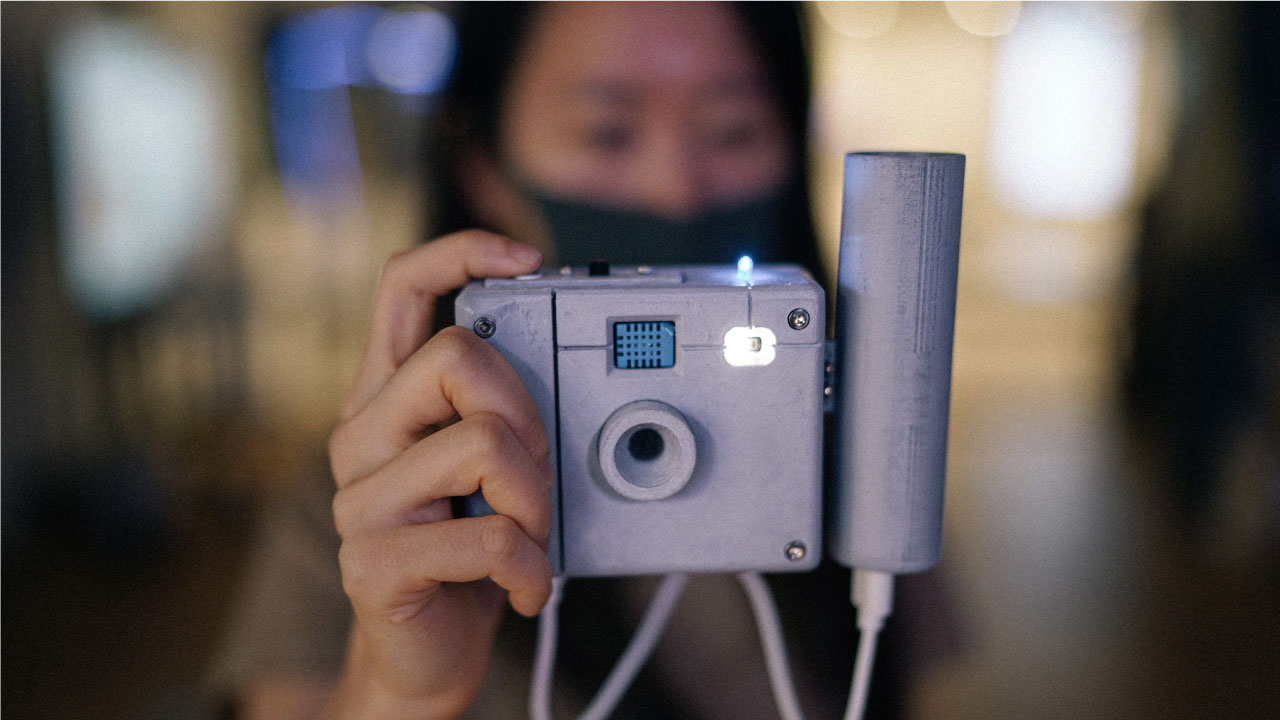 “Capturing senses of moment and replicate in immersive space “

The camera captures the moment with variety of environmental sensors.

A. Capture the moment with a variety of environmental sensors 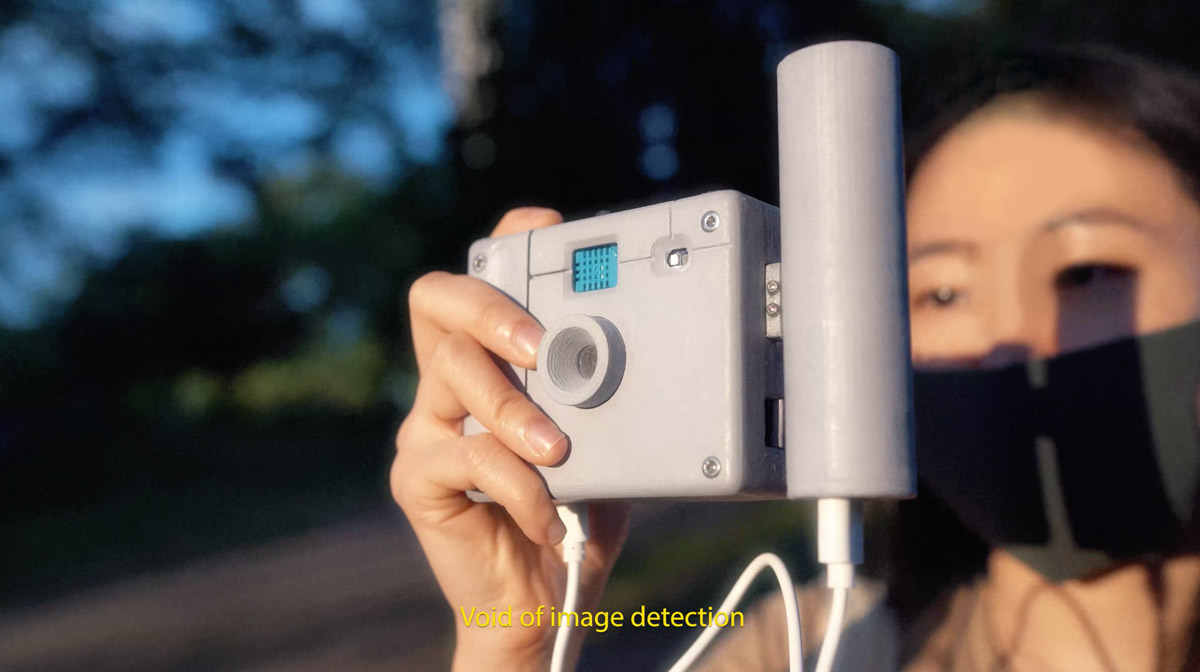 B. Uploads the time stamp moment to a server via Wifi 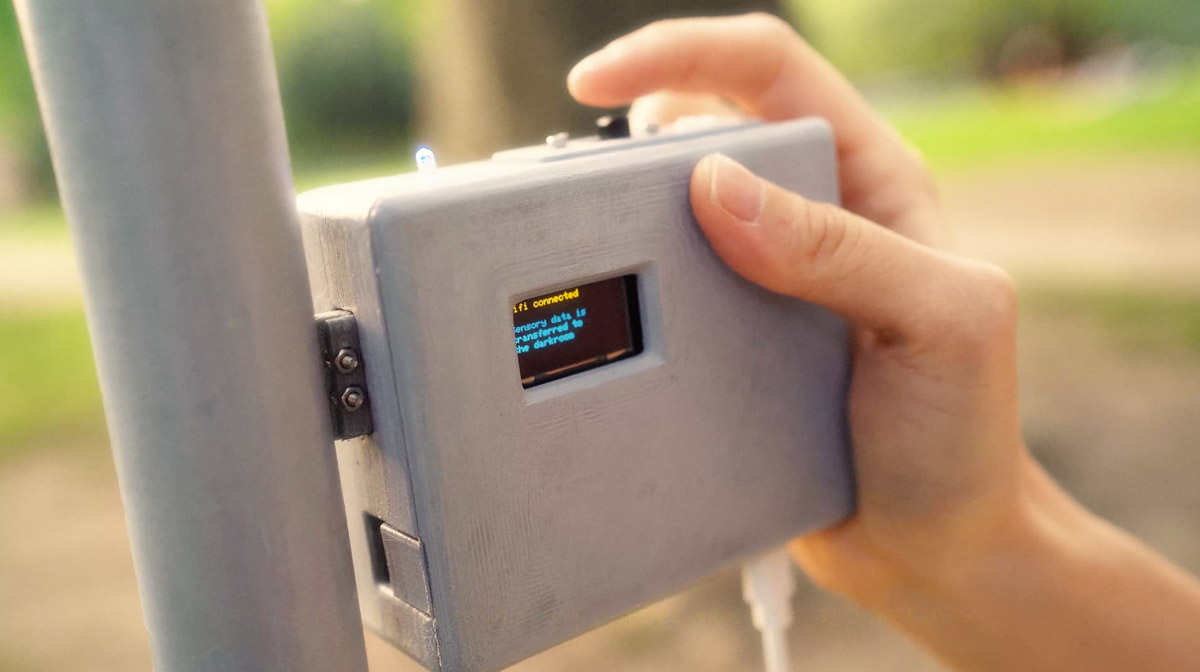 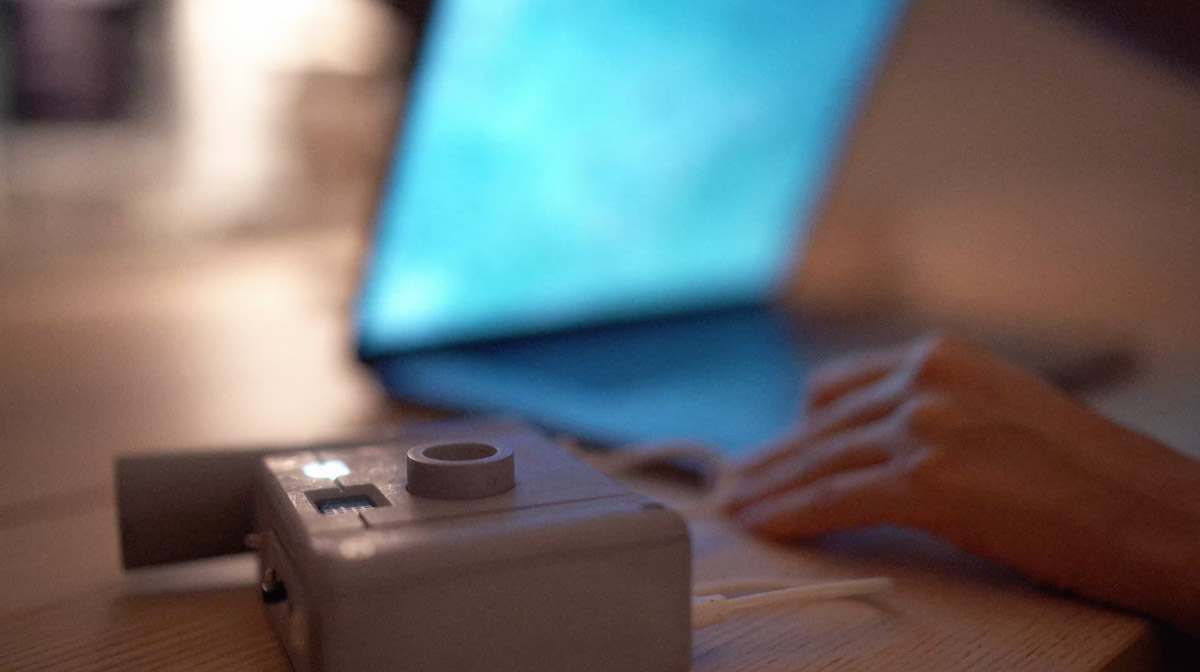 D. Re-experience the moment in an immersive environment 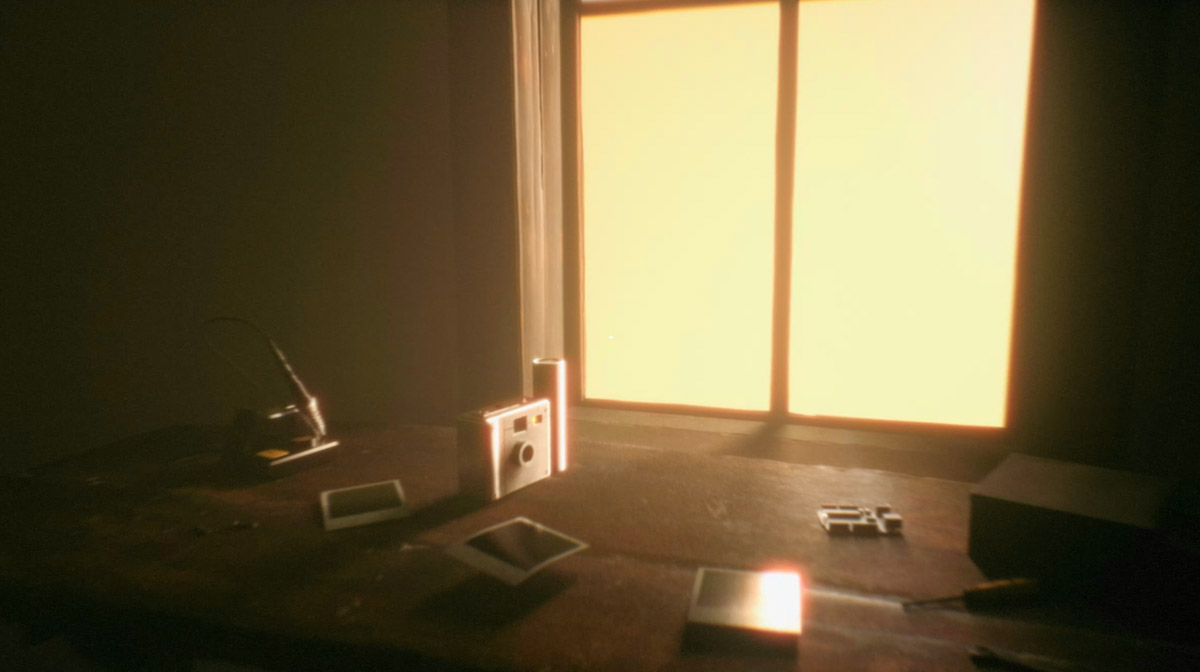 Captured moments are uploaded to the server, where it is quantified, encoded, and preserved in a virtual space under each timestamp. Users can interact with photos on the table and it generates the atmosphere of the given day.

We used VaRest plugin to create HTTP GET requests and access JSON data from the server. 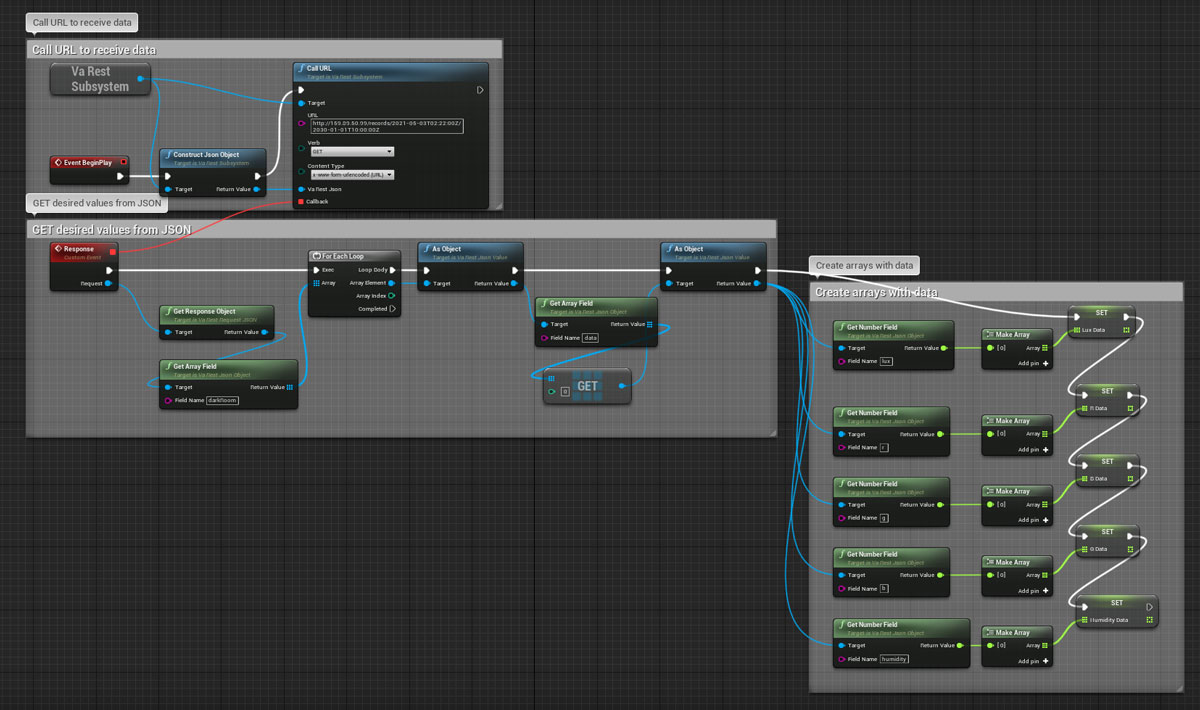 Call Digital Ocean API URL to access data, get the desired values, and store them in arrays to be accessed in specific Blueprints 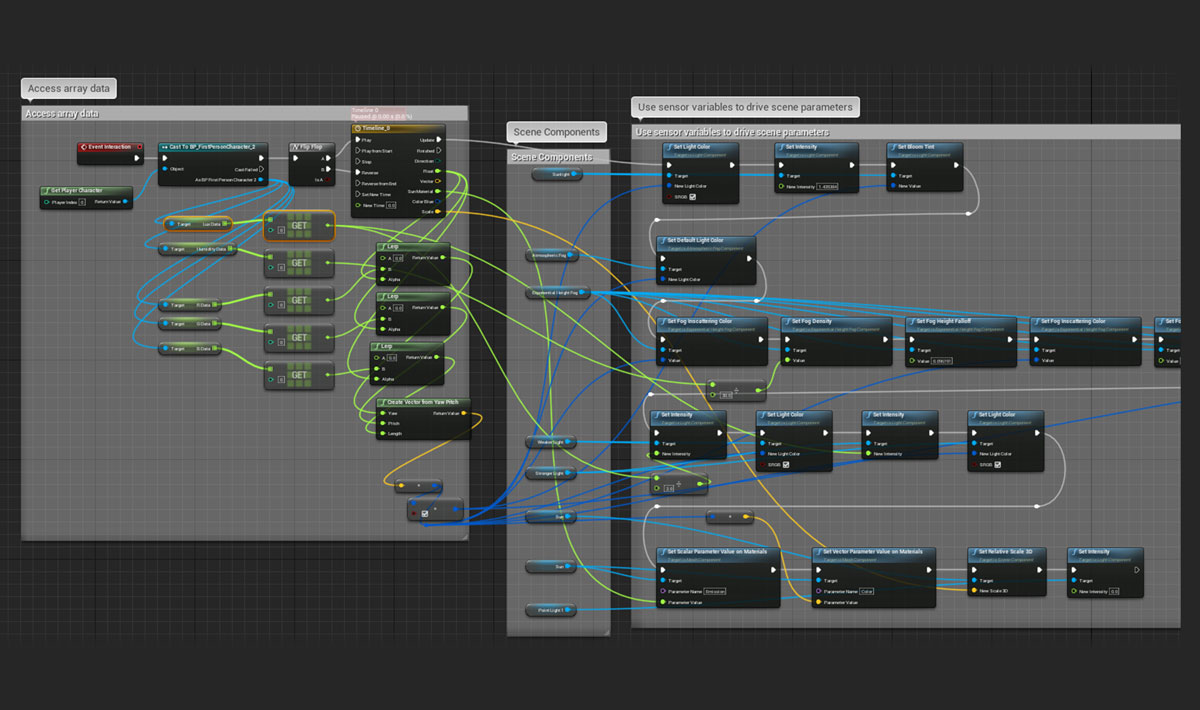 Access array data and use it to drive various scene parameters

Data formated in JSON to communicate with Unreal 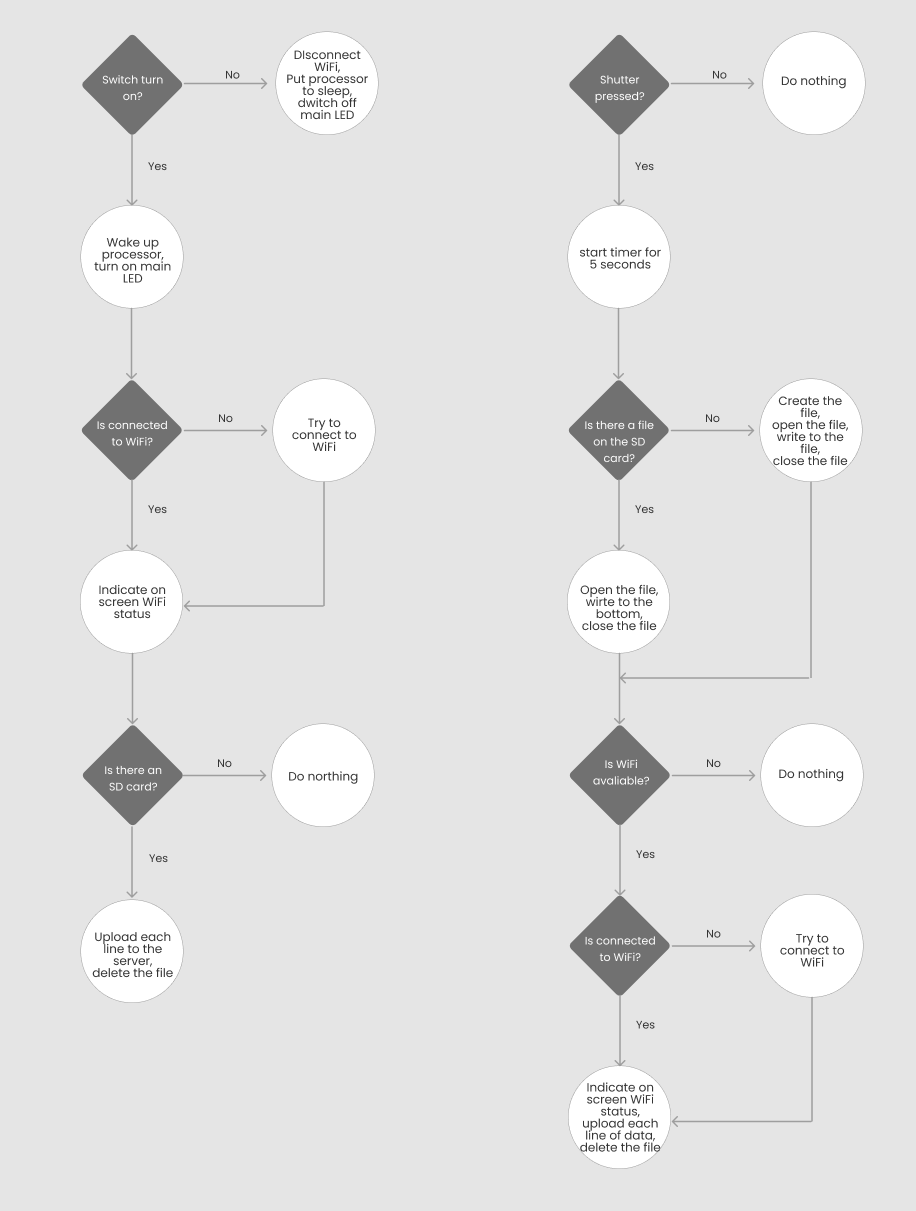 The camera design is inspired by a mixture of old film cameras and the modern Polaroid Instax. It is made out of multiple components for maximum stability and weight distribution. There were also a lot of considerations for ease of access to SD card, removable battery, and no obstruction to the sensors.
Everything is 3D printed and polished with filler primer. All parts are then held together by M3 screws.
One interesting challenge was the Arduino needed to be plugged into power at all times. With the tubular battery we have, we created a design factor that resembled an old bulb flash module. 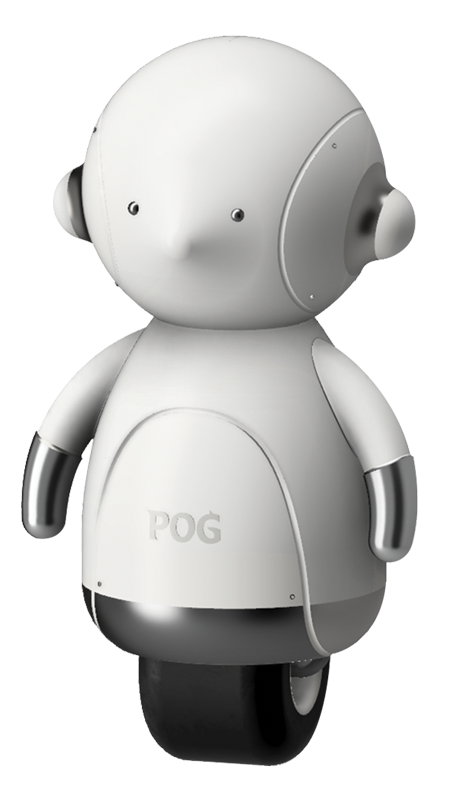 Nodding and looking around motion applied in Unity 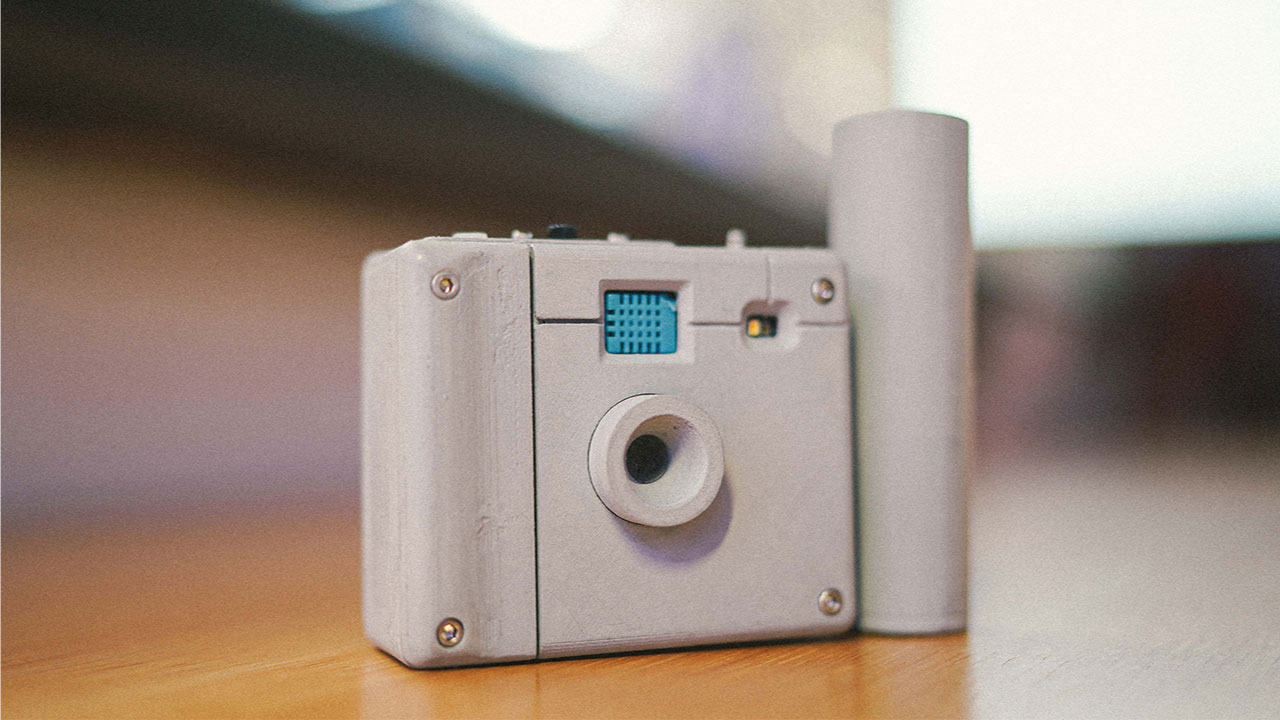 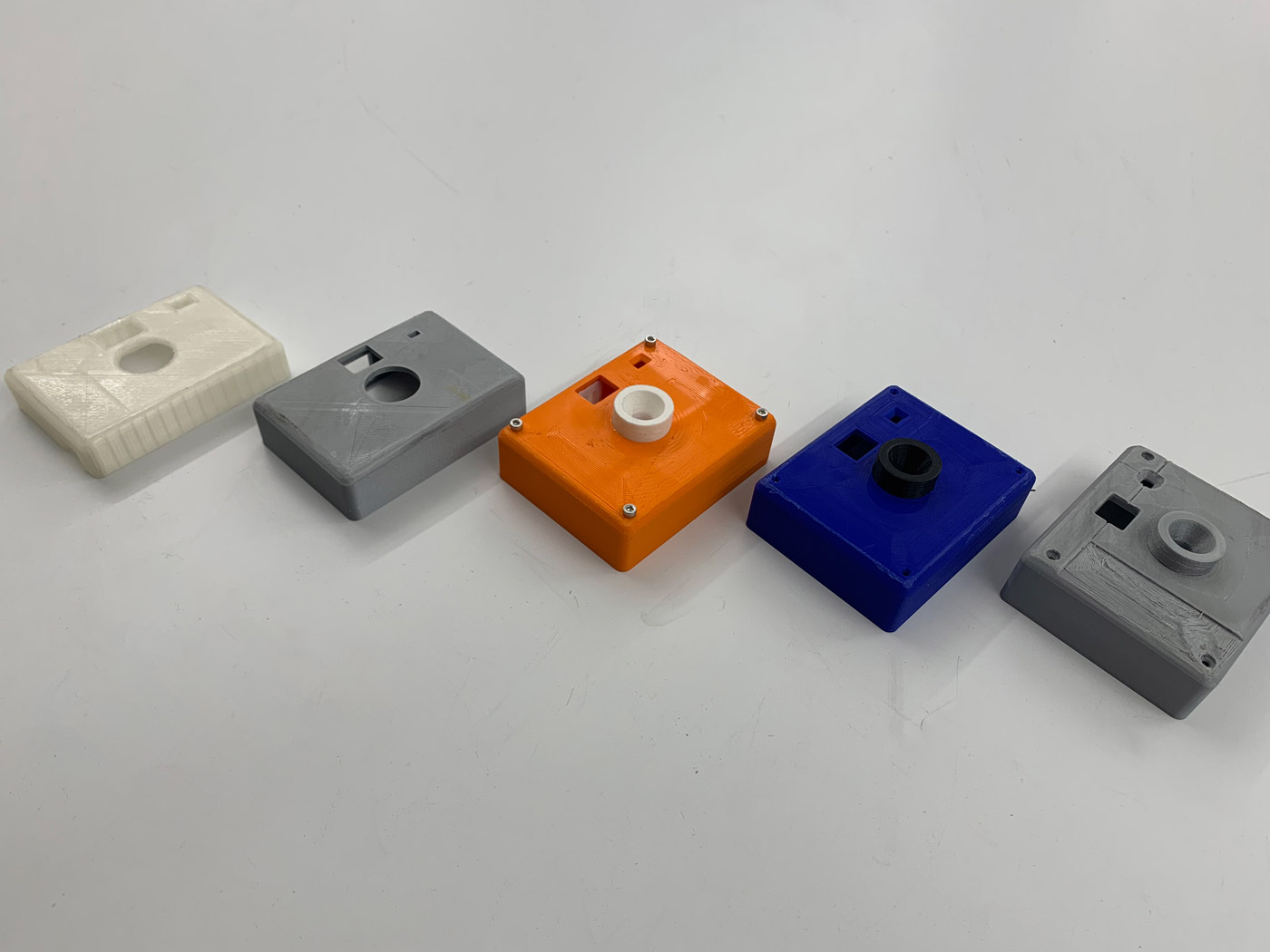 To observe how experience affects audiences, a usability test with 36 participants was conducted.